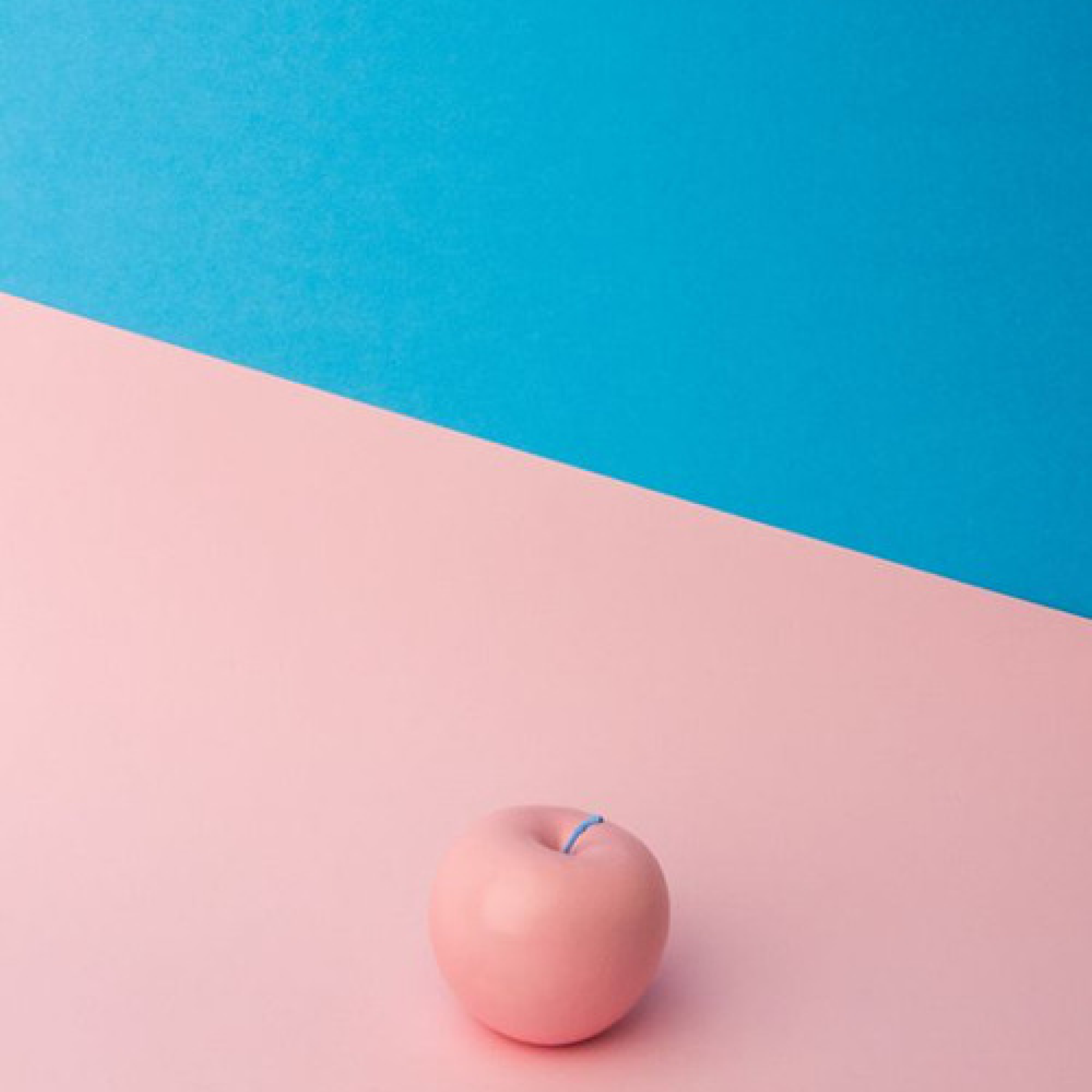 Essay on the Aesthetic Usability Effect

One of the most frustrating experiences on the internet I believe are government websites.  I applied to the Nexus travel pass recently and on their website I encountered once again the boring blue bar across the top, the seal of whatever government branch it is related to, blue highlighted lettering, and no photos.  Pretty much just the most plain bland website you ever did see.  And that is my experience with all government websites, it is not a fun experience, and any issues that come up with it just leads to more frustration.  One of the things that these websites do not take into account is the aesthetic usability effect which says that users are more tolerant to issues when it is visually appealing.  This principal has roots in our basic psychology and often creates unknown biases before we even know it, it can be used to mask issues, but it can also be used by designers to make their products even better.

Psychologically, the aesthetic usability effect starts way before humans were even interacting with computers and electronic interfaces, it can find its root in what is called “the halo effect”.  A summary of the halo effect from the Neilson Norman group says: The "halo effect" is when one trait of a person or thing is used to make an overall judgment of that person or thing. It supports rapid decisions, even if biased ones. This has been studied since the early twentieth century by psychologists and has led people to equate things like height or good looks with qualities like intelligence or honesty despite having no correlation.  This can have one of two effects on the perceived object or person: 1. A single positive aspect perceived can outweigh negative ones or 2. A single negative perceived aspect can outweigh other positives.  It is only hypothesized why humans would be prone to this, but theories suggest that it would be important for our ancestors to make snap decisions in order to survive.  However, it is very clear based on many psychological studies, that we humans are prone to make very quick interpretation on very little data.

As someone who has experience in the field architecture, I can say that the “halo effect” also applies to the physical environment.  In architecture one of the things, we talk about as designers is form verses function.  One of the clearest examples in which the halo effect is made evident is when function overtook form in the brutalist architecture style.  A style characterized by stripping the design of all adornments and creating the most basic, functional design, usually appearing like a giant monstrosity of concrete in which architects find the beauty in its functionality and impact on the occupants, while the general public expresses their extreme distaste of the structure.  Take Boston City Hall or Gould Hall, both are seen as eyesores, yet have their cult-like following of true enthusiasts.  On the opposite spectrum you have the works like the Space Needle in Seattle in which functionally its usability is very limited in that it is mostly used as a lookout tower in Seattle for visitors, despite not coming close to being one of the tallest buildings there, however its interesting/iconic form brings visitors from all over the nation.

Seeing how the “halo effect” can impact the physical environment it is not a very large leap to perceive how humans take this same approach with the technology that we interact with however a different name has been applied to it as it has become a tool for designers, the aesthetic usability effect. According to the Neilsen Norman Group, the aesthetic usability effect was first studied in 1995 when the Hitachi Design Center analyzed human-computer interaction through ATM interfaces.  In testing several UI interfaces with participants, the concluded there was a correlation with how users perceive ease of use verses and how they rate aesthetic appeal.  The aesthetics had a strong influence on how the functionality of the product was ultimately perceived.  This would spark the next question: how much this effect is true in terms of continual use.  Once you use a product, wouldn’t you recognize its inferiority to another more efficient product?  A study by Andreas Sonderegger & Juergen Sauer tested this, framing two different use cases, “prolongation of joyful experience’’-effect vs. ‘‘increased motivation’’-effect.  They compared somebody using their product in a leisurely setting verses how they might perceive its effectiveness in a workplace setting where they have a more focused task.  However, what was interesting is that both came out relatively the same with the researcher’s concluding that aesthetics plays a role in the perceived performance of a product despite different use cases.

Based on these studies it is clear that the aesthetic usability effect provides an important role in a users’ perception of a product.  They are more willing to look past problems with efficiency or other errors due to how it is initially perceived as aesthetically pleasing and therefore good in the users’ mind.  It is a fair assumption to say that as long as the product does not have any major flaws, the aesthetic usability effect will lead a person to choose a good-looking product over a product that focus’s solely on the functionality of the product.

This design principal can be very clearly applied to the field of user experience design.  The aesthetic usability effect is evidence that as the internet gets bigger and different products compete in red ocean markets that include many competitors, aesthetics are a crucial part to a successful design.  However, as designers who design for humans, the aesthetic usability effect can come into opposition with UX design because it can really undercut the purpose of UX design which is to create designs more suited to how humans think and work.  I think this becomes very apparent in product design as you see how despite being aesthetically pleasing, the form verses function and lack of user testing ultimately leads to its’ failure.

A good example of this is a product called the Juicero, imagine a Keurig for smoothies, you insert a packet into the machine, and it squeezes you out a nice fresh cup of cold-pressed juice.  It seems like a good idea, and the machine that does the work looks like apple started creating kitchen appliances, all white with a sleek simple LED minimalist display that connect to WIFI.  The founder talked about it saying, “For me as a consumer I want to know where my produce is coming from, I want to know when it’s packed, and I want to know when it’s expired,” he explained. “So inside of the Juicero press there’s a scanner and on every pack of produce there’s a QR code… it’s making sure the produce is not expired.”  All this came at the price tag of $700 per Juicero machine.  The problem was there was not really a market for casual juicers who didn’t want to spend the time to use a blender but could drop $700 on a juicing machine.  Then there was the problem that despite having this great looking juicer, users could still squeeze the contents out of the custom packets faster than the machine could with pretty minimal effort.  I bring up this example because it shows the aesthetic usability effect does not negate the need for user testing and validation.

The fundamentals of UX design rely on user research and testing and so it is important to know where the aesthetic usability effect fits into our design process.  Going back to architecture I think a very good example of this is the world renowned architect Frank Gehry.  Frank Gehry’s work is very interesting because it is unlike any buildings you have ever seen.  His work includes buildings like the MOPOP in Seattle, Guggenheim Museum Bilbao, Walt Disney Concert Hall, and the Louis Vuitton Foundation.  These spectacular curvaceous structures covered with reflective metal have often been criticized for just trying to gain peoples attention through their vibrant forms, however an interview with the architect himself gives one a very different picture of how he designs.  In an interview with Steve Cohen of The Cultural Critic he said, “Everything I design is from the inside. All my projects started with the function. Disney (the Walt Disney Concert Hall in Los Angeles) started with the sound of the orchestra, and Bilbao started with the gallery.”  Frank Gehry started his designs with what the people intended to do in the space, if it was for music, it started with the acoustics, for museum galleries it started with light.  These design decisions he made regarding these aspects ultimately, he allowed to inform the exterior design.

In the same way I think that the aesthetic usability effect can be used in design as something that is informed by the functionality of the design and ultimately used to enhance the user’s experience, not dictate it.  An example of this is a comparison between Craigslist and OfferUp.  Craigslist remains one of the most used sites in the United States, it boasts a basic interface that has not had a major update in years and most people will agree it is not pretty.  OfferUp, a recent competitor took a similar approach to Craigslist in their user experience, yet it was updated with modern interface and mobile design.  This in recent years had made OfferUp a major competitor to Craigslist especially among the younger generation just starting to use those sorts of shopping applications.  I think it is a good example of how building upon a solid user experience with good aesthetic design is the way in which designers should apply this principle.

The Aesthetic usability effect is a great tool that should be used by designers, but it should be used after doing the appropriate user research and design.  In todays markets, products mostly need to be visibly appealing to draw users however it should be used as a tool to enhance design rather than drive design.  As in all design the question comes back to form verses function and the balance in which they play with one another.